Over the course of two months, Basco raised over $29,000 for Kelsee. At the end of the fundraiser, on Veteran’s Day, November 11th, Basco contributed over $10,000. This raised the total donation to an even $40,000. Even after the official fundraising campaign, the donations kept coming in, raising the final total to almost $54,000!

We are endlessly grateful for all the donations, letters and support Basco has received for Kelsee. Today, Basco’s Chairman and CEO, George Rohde, handed the big check symbolically over to Kelsee’s uncle, Kevin Ingram.

About Basco Shower Enclosures: Basco Shower Enclosures is a family-owned company located in Mason, Ohio and was founded in 1955. As one of the nation’s largest manufacturers of custom shower enclosures, Basco specializes in luxurious frameless heavy glass that is custom made and handcrafted, while also offering a variety of collections of standard-sized sliding and swing doors built for tubs and showers.

For more information on Basco Shower Enclosures and our fundraiser, please visit https://bascoshowerdoor.com/about. 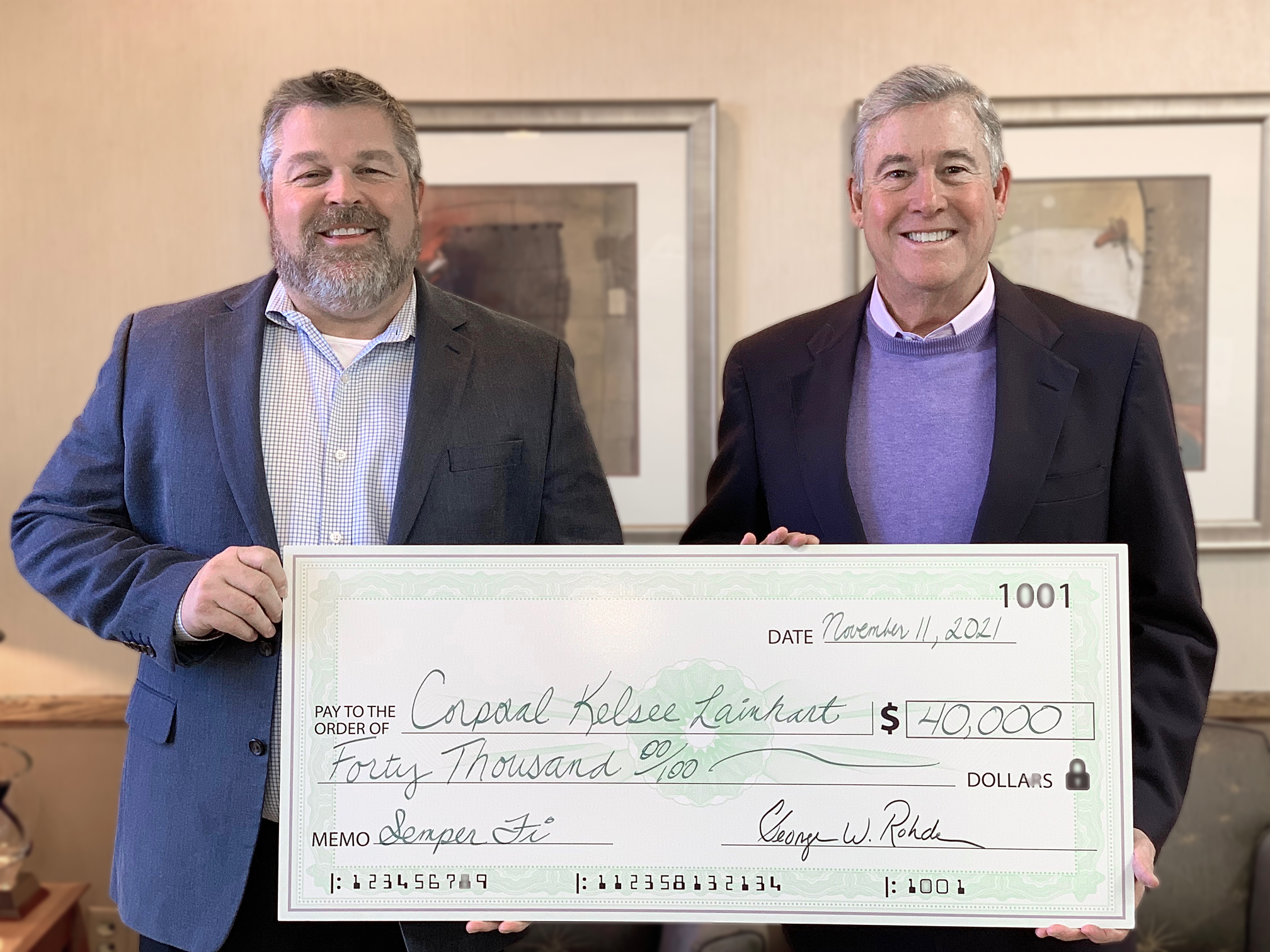 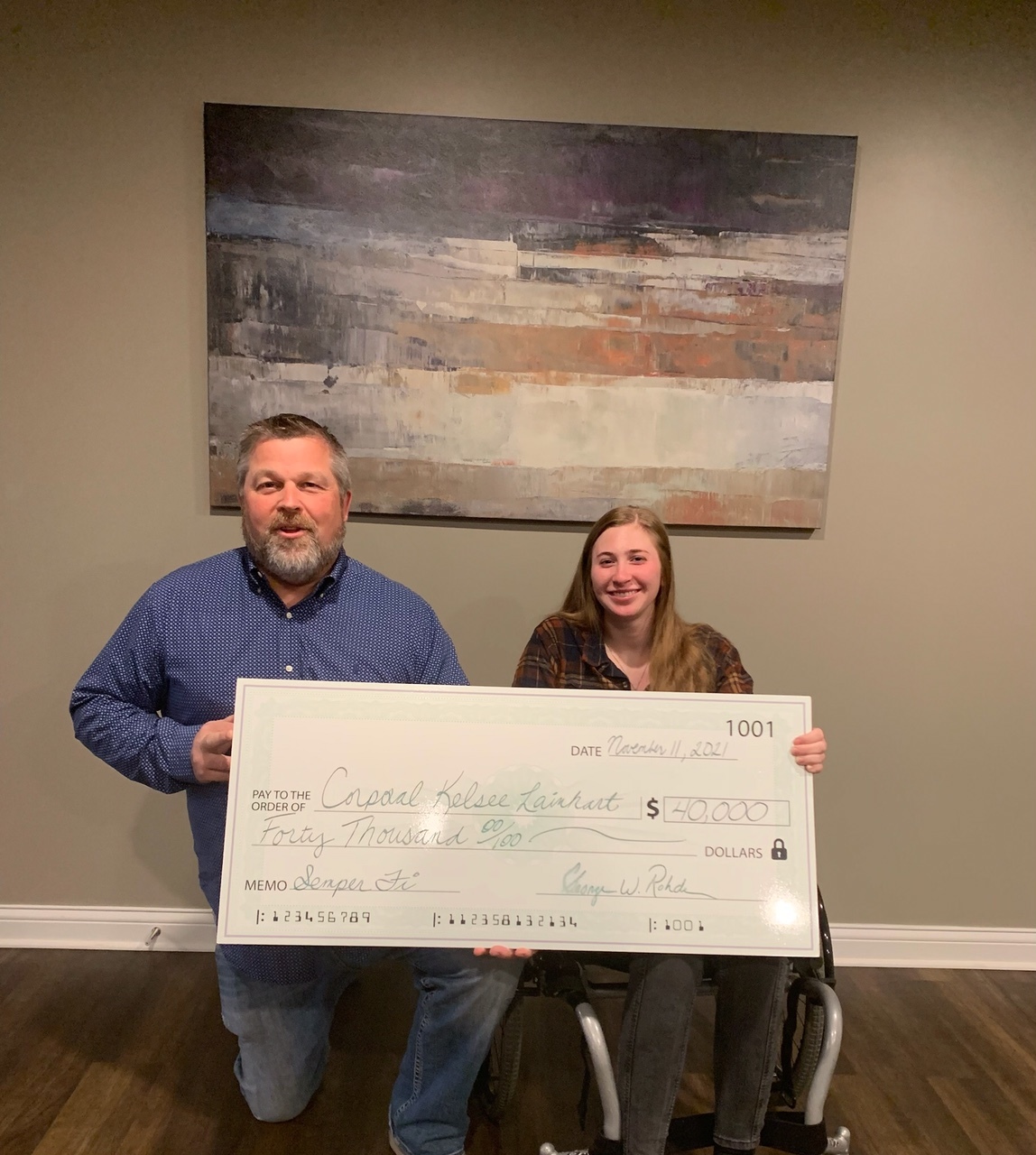 Kevin Ingram (left) is handing the check over to Corporal Kelsee Lainhart (right).